"The Right Honourable Madam Justice Beverley McLachlin, P.C., C.C., C. St.J. is widely regarded as one of the greatest legal minds ever to come out of Canada. Her tenure at the Supreme Court of Canada, particularly as its chief justice (the first woman ever to hold the post), is generally viewed not only as the high-water mark of Canadian jurisprudence byt also as an example of judicial excellence much of the world seeks to emulate."

We are delighted to invite The Right Honourable Madam Justice Beverley McLachlin to join us for a fireside chat to share her personal journey in her professional career. As the chief justice of the Supreme Court of Canada, she has made some of the most important judgements of the Supreme Court and redefined some of Canada's most fundamental rights. Beyond the achievements during her career, she has also produced a bestselling legal thriller, 'Full Disclosure', shortly after her retirement.

We have also invited Louise Barrington, arbitrator, mediator, educator, and activist, and Amelie Dionne-Charest, co-founder of AD MediLink & Healthy Matters, to guide this lively session. Come join us for this exclusive opportunity to be inspired. Madam Justice McLachlin became a non-permanent judge of the Hong Kong Court of Final Appeal in 2018. Beverley was born in Canada in 1943. She graduated with a BA and MA in Philosophy, and also an LLB from the University of Alberta. She was called to the Alberta Bar in 1969 and to the British Columbia Bar in 1971, and practised law in both places. She was appointed to the Vancouver County Court in April 1981, and appointed to the Supreme Court of British Columbia in September of the same year. Beverley was elevated to the British Columbia Court of Appeal in 1985 and was appointed Chief Justice of the Supreme Court of British Columbia in 1988. In 1989 she was sworn in as a Justice of the Supreme Court of Canada. From 2000 to 2017, she served as Chief Justice of Canada. Madam Justice McLachlin chaired the Canadian Judicial Council, the Advisory Council of the Order of Canada, and the Board of Governors of the National Judicial Institute. Beverley was named Companion of the Order of Canada in 2018, and is a member of the Queen's Privy Council for Canada, as well as an Honorary Bencher of Gray’s Inn, Lincoln’s Inn, Inner Temple and Middle Temple. She also works as an arbitrator and mediator in Canada and internationally. Louise Barrington is a dispute resolver with 30 years of experience. She practiced law in Ontario before moving into the field of international commercial arbitration during graduate
studies in Paris. A Canadian, she also holds a British passport.

Ms Barrington is legally qualified in Ontario (U of T ‘76), New York and England &amp; Wales and holds a Maitrise in European law from the University of Paris II (Assas). She is a member arbitrator of Toronto’s Arbitration Place and as of June 1 2019, a door tenant with Littleton Chambers in London.

In 2001 Ms. Barrington became one of Asia’s first chartered arbitrators and has acted as sole arbitrator, co-arbitrator and as tribunal president, in ad hoc and institutional cases on four continents. In her nearly 100 international and domestic arbitration cases she has resolved disputes involving sales (CISG and shares), banking, franchises, insurance, construction, wrongful dismissal, intellectual property and licensing, agency and procurement. She is currently chairing a USD40+ million international shareholder dispute in London under ICC Rules and is sole arbitrator in a number of Canadian domestic arbitrations.

She has served as arbitrator for the ICC many times, appointed by parties and by the ICC National Committees of Canada and Britain - as co-arbitrator, sole arbitrator and chair. She is a panel member for HKIAC, CIArb, AAA-ICDR, VIAC, CIETAC and DIAC and in Canada has chaired financial services disciplinary hearings, is an investigator into bank/consumer disputes and has acted as sole arbitrator in several cases under the former FSCO auto insurance benefits scheme. Amelie Dionne-Charest is an award-winning entrepreneur, the Managing Director of the health insurance advisory firm AD MediLink and Co-founder of the health information platform Healthy Matters.

Amelie believes that good health starts with good information. Her mission is to empower people with trusted health information so they can make the best choices for themselves and their families. Under AD MediLink, Amelie manages a team of health insurance experts and regularly advises individuals, families and companies on international and local private medical insurance solutions. At Healthy Matters she is responsible for the platform’s content and Expert Advisory Board.

Amelie received various prizes including the 2016 Entrepreneurial Achievers Under 35 Award by the Canadian Chamber of Commerce and the Catherine Nance Common President of the Year Award by McGill University.

Prior to entrepreneurship, Amelie worked in Montreal (Canada) as a lawyer within Heenan Blaikie LLP's Health Law practice. She remains a registered lawyer with the Quebec Bar. Amelie has a Master’s Degree in Medical Law and Medical Ethics from King’s College, London, and holds two bachelors of laws from McGill University (Common Law & Civil Law).

Cancellation Policy: Payment is non-refundable unless the Canadian Chamber of Commerce in Hong Kong cancels the event. If you are unable to attend, cancellations must be received in writing 72 hours prior to the event. No-shows will be charged. 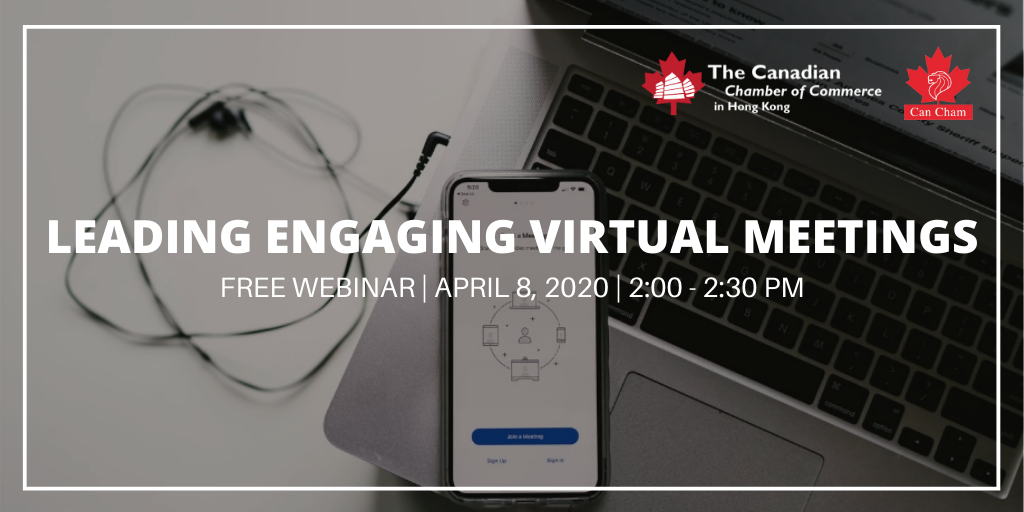 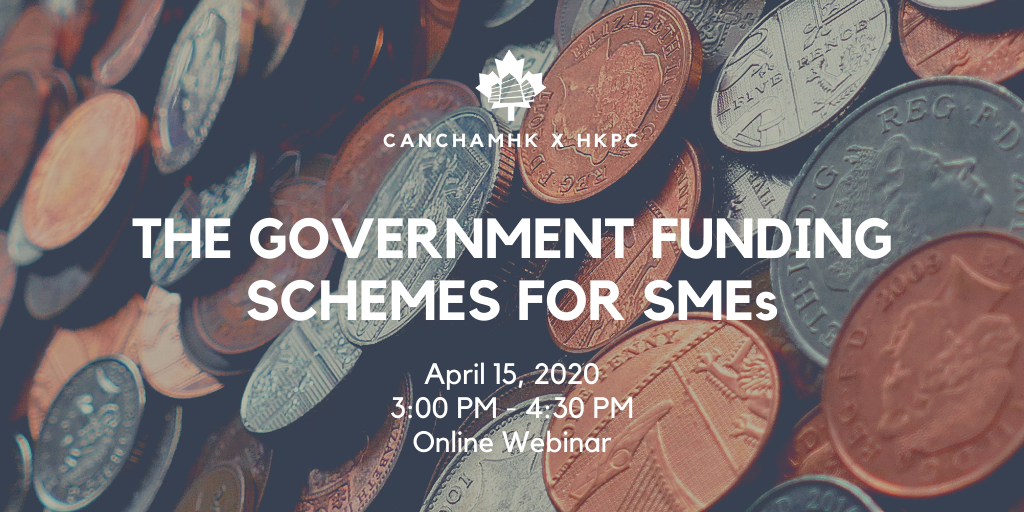 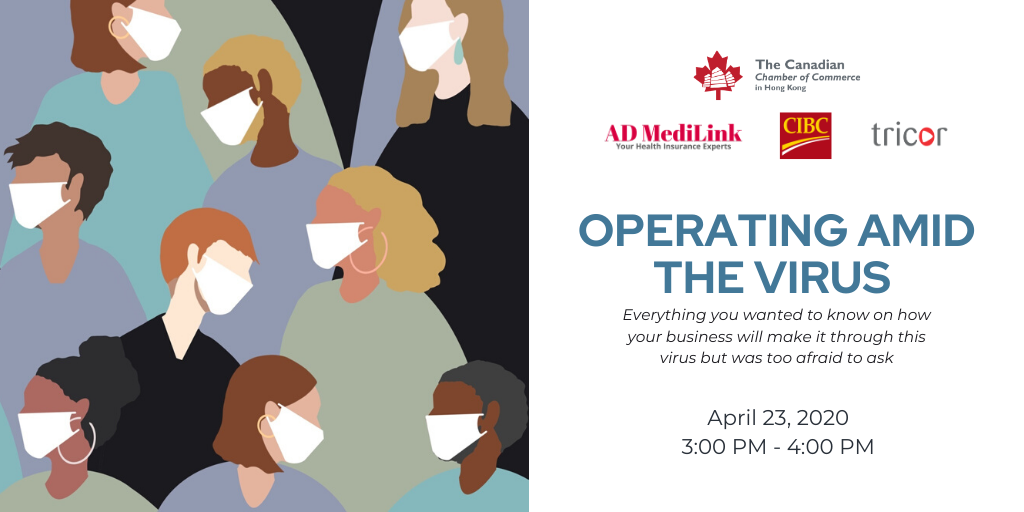 [Webinar] Operating Amid the Virus