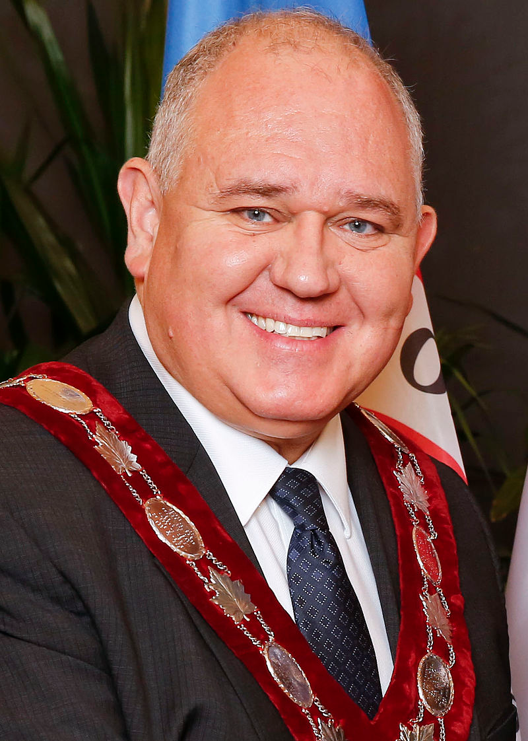 Mayor Frank Scarpitti, (aged 58) is the 7th and incumbent mayor of Markham, Ontario, a booming city bordering the north-east of Toronto, Canada. He is married with three children. The personable and candid mayor kindly found time to be interviewed by CanChamHK.

1. How long have you been the Mayor of Markham?

I’ve been in public service for over 30 years and have served as Mayor for 14 years.

2. What were the catalysts that helped you decide to serve society as a public official?

The late Mayor Tony Roman asked me, through more than one conversation, to enter public life and run for Markham Council. It was that personal guidance, that personal connection that changed my destiny.

3. What are some of your top accomplishments as mayor over the years?

Connecting! We do not achieve anything alone, we achieve by connecting. Imagine you are building a house. Think of the points where two pieces of wood meet, where they are joined. It is stronger there and those points enable the house to stand strong. There is power in connection.

4. What is the population of Markham and what percentage of residents are of Asian descent?

The population this year is approximately 353,000. Forty percent of the population are Asian descent. Interestingly sixty-five percent of Markham citizens were born outside Canada. We have one of the most diverse cities in Canada, with people from the four corners of the world.

5. It’s well known that you can speak and sing in Chinese. Where and how did you learn these talents?

It actually was a challenge put forward by an all-female Markham Lion’s Club. I was at a function and they requested that I learn Chinese within a year. They helped me to learn how to sing Shanghai Beach (上海灘). A year later, I was very nervous singing it for the first time to a group of female Lion’s Club members, but they all cheered loudly and the rest is history!

6. From your past visits to Hong Kong, what were your impressions?

Love the vibrancy. The public transit system is extremely efficient. Moreover, the architectural design and the quality of the buildings in Central are phenomenal. Incidentally, I will be Malaysia for a business conference in October 2019 and if time allows we hope stop by Hong Kong for business meetings enroute and to admire your fantastic city. We’ll definitely be in touch with the secretariat at CanCham a bit closer to October.

9. What are the major growth initiatives for Markham in the next 5 years?

We have the power to connect through technology. Markham isn’t standing off to the side admiring that transformation; we bought the ticket! We’re advancing Digital Markham, our blueprint to create a “frictionless city”, with technology that is seamless, accessible and integrated. Technology allow us to reach over the horizon and into the future, while at the same time creating a community where people want to be.

10. Which sites and attractions in Markham would you recommend for tourists from Hong Kong?

11. When will the York University (Markham Centre Campus) be opened and how many students will it serve?

The site is secured and plans approved. It should be opened in 2024 to initially serve 4,000 York University students and eventually the campus will grow to serve 20,000 students.

12. Any upcoming initiatives in the works for your Markham citizens?

New Year’s Day (1 January) Levees are a traditional events across Canada, where mayors of respective cities meet and greet citizens at their city halls to welcome in a new year. I’m contemplating inaugurating a Chinese New Year Levee in Markham staring next year (25 January 2020). I better start getting some red lai see envelopes ready!