Canada is one of the world’s leading infrastructure markets, with numerous government agencies using tried-and-true Public Private Partnership (PPP) policies and methodologies to attract investment from around the world.

China plays a critical role in the development of infrastructure across Asia and around the world through large-scale project development, active strategic investment and critical involvement in government lead procurements worldwide.

The clarity, predictability and attractiveness of Canadian PPP processes help to drive down costs, improve project outcome certainty and improve investment attractiveness for key global players. The scale and vision of China’s Belt and Road initiative, its investment in AIIB and its commitment to international market integration through infrastructure project development make China and Asia one of the most exciting places for infrastructure investment.

This Hong Kong-Canada BRI Infrastructure and Construction seminar will look at key developments and emerging opportunities evolving in Canada and examine possible opportunities for continued collaboration, investment and cooperation amongst China, Hong Kong, Canada and other economies.

Please join senior representatives from the Consulate General of Canada in Hong Kong and Macao, the Institution of Public Private Partnerships (Hong Kong), the Government of Alberta, the Canadian Chamber of Commerce in Hong Kong, and Gowling WLG and other global infrastructure thought leaders for a half-day of learning, discussion and analysis.

Space is limited - Please RSVP here to reserve your spot.

From 2011 to 2016, Jeff served as Director General responsible for Canada’s official development assistance in Asia, first with the Canadian International Development Agency and then with Global Affairs Canada.

Jeff has been posted three times to the Canadian Embassy in Beijing: in the development assistance section 1991-95 and 2000-2004, and as Deputy Head of Mission (deputy ambassador) 2008-2011. He is fluent in Mandarin.

He also held various positions at the Canadian International Development Agency between 1988 and 2008, working on programs related to China, Russia, strategic policy and international financial institutions.

Jeff holds an M.Sc. in political sociology from the London School of Economics, B.A. in international relations from the University of Toronto, and a certificate (one-year program) in Chinese language and culture from the Chinese University of Hong Kong. Professor Albert PC Chan is currently Head of Department of Building and Real Estate, Associate Director of the Research Institute for Sustainable Urban Development, and Chair Professor of Construction Engineering and Management. He was Associate Dean and Interim Dean of the Faculty of Construction and Environment from 2011 to 2013, and from 2013 to 2014 respectively.

For more than three decades, he has conducted research on a wide range of topics across the broad field of construction engineering and management, including construction health and safety, project success, construction partnering, and public-private-partnership. Ron Hoffmann, appointed as Alberta’s Senior Representative for the Asia Pacific Basin in the fall of 2014, is a western Canadian who has dedicated most of his professional life advancing Canada’s interests on the world stage. He has spent much of his diplomatic career in Asia, including serving as Ambassador to Afghanistan during the height of Canada’s military, diplomatic and development deployment.

Based in Hong Kong, Mr. Hoffmann works closely with Alberta's international offices across the region to promote high level and outcome-oriented engagement among Alberta government and business leaders and Asian counterparts. He is Alberta's senior voice in Asia, fostering greater awareness of opportunities to establish and expand trade, investment, innovation and governance partnerships. Sophia Chan-Combrink is the Executive Director of the Canadian Chamber of Commerce in Hong Kong. As such, Sophia is accountable for managing and overseeing the day-to-day operation of the Chamber’s full time staff in implementing its strategic and financial plans. She was previously the Head of Education and Society at the British Council providing strategic leadership to the East Asia region, including Hong Kong.

Sophia has over 20 years of experience working in the private, government and non-profit sectors in Hong Kong, Canada and South Africa. From Toronto, Sophia holds a Masters of Environmental Studies from York University and a Bachelor of Science from the University of Toronto. Thomas J. Timmins is Chair of Gowling WLG Canada’s China Initiative. He is widely recognized as a leading lawyer in energy, P3 project development, infrastructure and commercial transactions. Tom has led several of the firm's most significant power and infrastructure sector transactions and acts regularly for a wide range of corporations, investors, governments and financial institutions around the world. Luc Lissoir is a partner based in the Montréal office of Gowling WLG. He practises in securities and corporate and commercial law, with a particular emphasis on public and private securities offerings, project financing, private equity, M&A transactions and general corporate counselling.

Luc has assisted parties on the sale or purchase of various P3 asset portfolios and the establishment of infrastructure investment platforms. In addition, he regularly acts on behalf of institutional investors and sponsors in connection with the formation of various types of private equity and debt funds in Canada and internationally and their downstream investments. 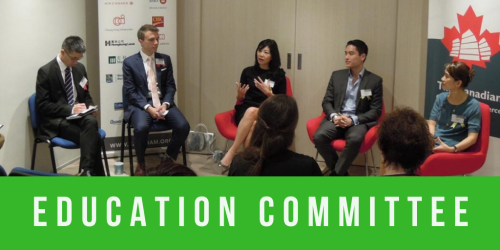